In the last year or two, since I left my job to become self-employed, I have had a bit of a struggle with the fact that I (at least yet) doesn’t earn as much as I used to. Then last month when I interviewed Zippi I suddenly understood something that I really had known all along; that saving money is earning money!

Yes, it takes time to go through the bank and credit card statements every month. It takes some effort to make sure that we get the best deal on our internet or phones, that we don’t have multiple insurances for the same things or to search online for the best place to purchase things like sneakers or clothes. The thing is that today, compared to a few years ago, I have much more time, so why not use this for something useful?

When I went through our credit card statements recently, I saw four different charges to the same service provider. So I called them, did a bit of research. Had about four different conversations with four different people and got rid of three of those charges. About two hours of work earned me a yearly saving of almost 2000 Shekels.

When we look at the numbers, the savings may seem small and not worth the effort, but when looked at on a yearly basis, the small numbers suddenly become a lot bigger! It is often a small sum here and a small sum there, but overall it adds up!

So what am I saying? I am saying that it is worthwhile to go through those monthly statements to make sure that you aren’t paying for something you don’t know what, didn’t sign up for or have no use for. If you see something like that, pick up the phone and find out what it is. It might seem tiresome but it is normally a one-time thing and will save you some money!

After all, it is better to keep that money with us instead of giving them to someone who already have plenty. Money saved is money earned and I am sure that we all have something we would rather spend them on! 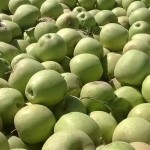 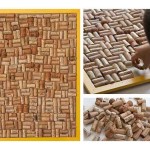