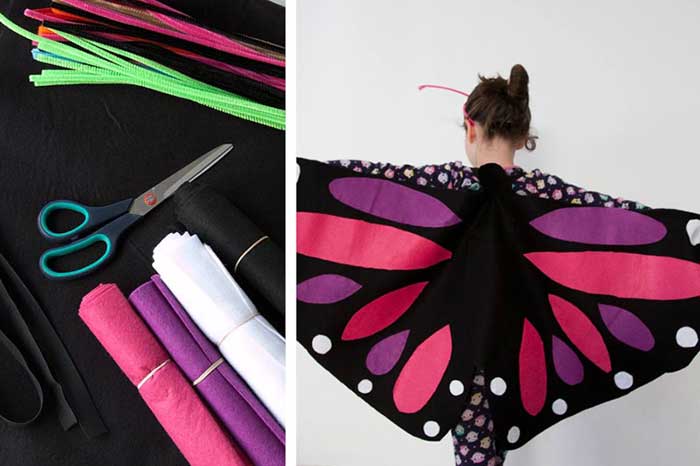 Yesterday I showed you the Shark, today I will show you the Butterfly, the choice of costume by my eldest. Like yesterday, I have found great inspiration on the Internet and found a fantastic tutorial on how to make a Butterfly Costume that I used for inspiration. 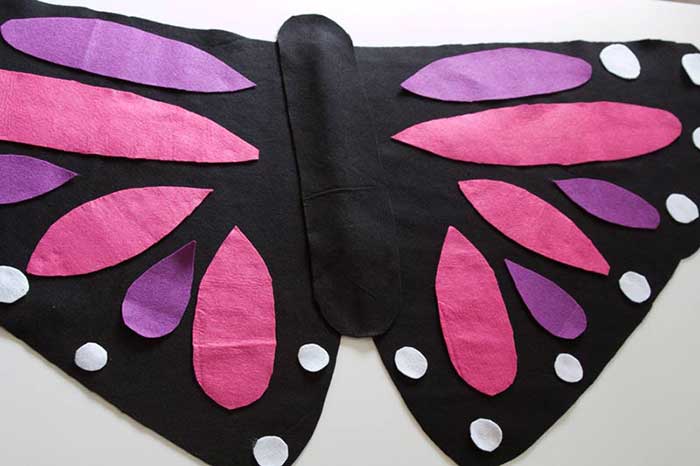 I started out with measuring my girl from the middle of her back to the tip of her fingers when she was holding out her arm straight. This is to know how wide to make the wings. After that I took a piece of newspaper as it was the biggest piece of paper I had in the house and drew the template for the wing. I only drew one wing but folded the black felt in half so that I got two identical wings that are connected in the middle.

After having the wings cut out of the black felt, I started to cut of shapes do decorate the wings. I did as recommended in the original tutorial and made all the shapes double to preserve the symmetrical feeling of the pattern. I glued the pieces into place but didn’t feel that it holds well enough, so I sewed them on as well.

Additionally, I cut out an oval shape of the black felt that I sewed on the middle of the wings, where they connect.

I am very pleased with the result and so is the girl that is going to wear it! The end result was actually nice than I thought and I think that I am allowed to be a bit proud of myself.

Time wise, it took about two episodes of Grey’s Anatomy…… 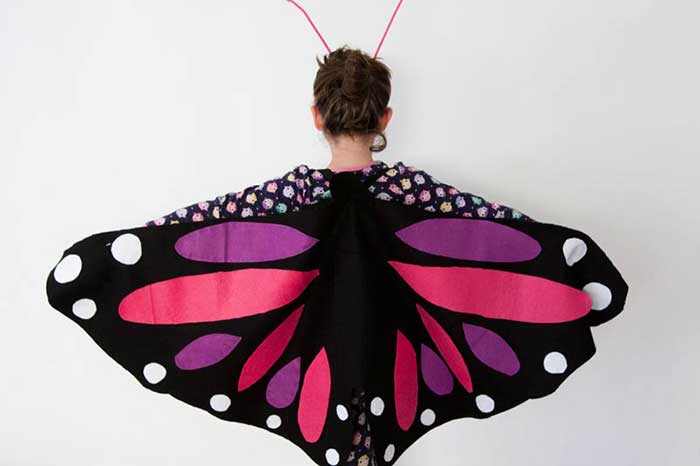 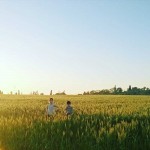 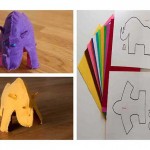 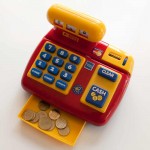 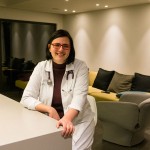