About 5 years ago, we put our apartment up for rent because we were moving to another part of the country but still weren’t ready to sell. It took much longer to find a renter than we first thought and with both a baby and a toddler and a big move before us, we were starting to get a bit desperate. In comes this young guy, charming but shady and ready to sign the lease immediately. We were both skeptical about it, but because of the pressure of mostly money and time, we agreed. Turns out that that was a really bad mistake both moneywise and time wise…. Today we both agree that we should have said no, but still with all the signs being there, we didn’t.

Why is it so hard to say no?

I think that the reasons can be many and depends mostly on the person and on the situation:

Sometimes we think that by saying no, we will hurt someone’s feelings. That might be true and it might not, in either case I think (or hope) that the person at the other end would be happier with the fact that we passed on the opportunity instead of doing something out of obligation, while our heart is really not in it.

Sometimes we are afraid of missing out. What if we pass on the opportunity and it turns out to be something great and worthwhile. While that might be true, I tend to believe that mostly it is not. If we weren’t sure beforehand there was probably something right about it.

Sometimes it forces us to take a decision or to take a stand. Making a decision is not always easy. It is taking responsibility for our actions and the things that we do. What if it was the wrong decision? Then we might learn from it!

When it comes to money, it took us quite a long time learning to say no. Mostly to ourselves but also to other opportunities. It is not easy to say no when really good friends ask you to go a restaurant for dinner or to take a weekend somewhere, but it is not in the budget. Then it is not easy to say no and no fun either! It is also not easy to say no to the kids when they really want something. What helps us is continue to live within the framework we have set for ourselves, in order to live a life in plus, without worries…… 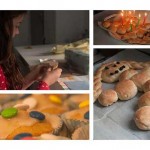