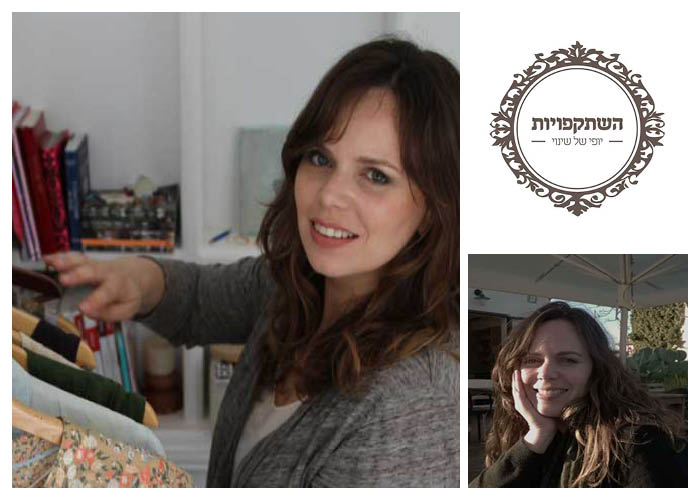 A bit about Jenny before we begin

I met Jenny about a year and a half ago at a network meeting held by the Iskit Project. What I noticed right away about Jenny, was her positive and pleasant attitude. That and the fact that I really liked her business idea. In addition, she had (and still has) amazing hair, so ever since, I am having my hair cut at the same place she does, but that is an entirely different story!

Jenny is 37, married with three children and lives in Hadera. She is a stylist and a personal coach and combines both in her business “Reflections”, that helps women to accept themselves as they are. As she says: “In life we have only one relationship – with ourselves. Everything else is reflections”. In addition, she works part-time at the designer clothing store “Ronny” in Karkur.

You can find more about Jenny on her Facebook page: www.facebook.com/hishtakfuiot/

Jenny, first of all, thank you for agreeing to be interviewed for the blog, for this series about people who decided to make a change. I thought of you, because you went through a significant change yourself, but in addition, today, you are helping others to make changes in their lives as well.

When we first met, we discovered that we have quite a few things in common: we were born in the same year and studied at the same university for the the same degree, sociology and anthropology, almost at the same time. You then continued on to a master’s degree in international relations, and then what?

After school I returned to the army with a 7-year contract. It was my first “real” job.

But at some point you understood that it was not the right thing for you?

In fact, I realized it after just six months, but somehow I kept going for six and a half additional years …

Maybe because I felt a kind of responsibility or perhaps because of the contract I signed. I was not sure if the problem was me or “the system”, so I changed a few positions with the hope of changing the situation. I think some of it also stems from the Soviet education I grew up with – if you start something, you do not just stop.

The decision to leave was made when my son was born, 5 years ago. I just did not want to return to work after my maternity leave. In the end, I left two years later, a few months after returning from maternity leave with my twin girls.

The final straw was the traffic jams to and from work, the long hours in the car. That and the stress every morning and afternoon to get to the office in time or to pick up the kids from kindergarten in time. In addition, I decided that I wanted to raise my children and not the babysitter …

It is interesting. Usually, there are many influences on a certain situation, but there is almost always that one thing that makes it impossible to continue, that last straw. For me it was the boss, for you the traffic jams.

Yes, that is exactly how I felt. The interesting job, the economic security, the car and the travels abroad were unable to make up for the frustration.

Many told me: “You have a lot of courage, to leave the army”, but the truth was that the hardest part was the decision. After that, the move itself was much easier.

What helped you decide?

I began a process of personal couching, for me personally but also to learn how to use it with others. At the beginning the process was very stressful. I wanted to figure out what to do with my life, but really did not want to make any real changes. It took a while to be able to say: “I want to leave the army”! Only after that, I started to think about things I really wanted to do. There were some ideas and eventually I realized I wanted to combine two areas that I really love – Styling and Coaching.

After I finished the coaching course I also took one in styling, although it was something that had always come naturally to me. It was mostly for the fun and less for the knowledge as it was something I felt I already had. Somehow the diploma gave me confidence and also made it legitimate; that there really is such a profession and it is not something I’m making up (again associated with my Soviet education!). The internship at the end of the coaching studies was really fun. They made an exception and let me combine the coaching with the styling and I saw that it works!

Was there anything else you did before leaving?

I thought a lot about change. If I am not satisfied, then what does make me happy? How can I do this in the best way possible and giving it the best chances not to be a failure? Support is important, but also personal responsibility. We thought a lot about it and made plans for the future. I prepared a business plan. We prepared the ground so to speak, also financially. We have a house, a mortgage, children, responsibilities. It is important to think about those things beforehand.

To be an employee is not something bad and to be self-employed is not for everyone, but it’s important to be happy. Really happy, like that something that comes from within.

Then you left (the army)?

Yes, in March almost 3 years ago. It is a little embarrassing to admit, but actually for the first year I did not do much. I attended a networking group and you could say I “worked” in networking. After a year I noticed that I was yet again frustrated and that I again felt trapped in that same “cage” like before. Or that I had never really left it. It was only when I realized that, that I started to feel free for real. I had to go through a conscious change – from that of an employee to that of a self-employed.

I felt that I matured. I realized that I had some kind of barrier towards the business, something I did not have with any other facet of life. I realized that in relation to the business, I did not accept myself as I am. Only then did I begin to accept myself and the fact that it’s okay to do things my own way. I stopped to fight myself and that way, I let go of a lot of stress. I let go of what I wrongly thought others expect. Only then did I begin to develop and progress.

Ultimately, the whole experience as well as the networking did contribute a lot. It also helped me to establish myself and the business in the field. I learned that perseverance is very important.

I can really relate to the things you are telling me here, that a year and a half ago, you found yourself in a situation that a lot had changed on the outside, but inside it had not. It is something I experienced a few months ago. I realized that much had changed, I had gone from one situation to another, but I was still in the same place of frustration and not feeling completely satisfied. I realized that I needed to break free again, but this time for real. To stop to think about how the things that I do are perceived or what others think about it. Basically that is how the idea for these interviews were born. It is very important the things you are describing here.

So, what is happening today?

Today, in addition to the business, I work at a designer clothing store, here in Karkur. Some told me that it is a step back to go again being an employee and what will others think? First of all, it does not really matter what others say or thing. And secondly, I actually refer to this work as part of what I do with the business and I really enjoy it. It is a good fit with everything else: home, family, and “Reflections”.

At the planning stage of the business, I wanted a clear separation between it and my private life. That is why it was important for me to call the business by its own name rather than “Jenny Tesler Coaching and Styling”. With time I realized that there really is not such a thing as total separation. The business is me and I am reflected in it, down to the smallest detail.

Anyone looking at me and the business from the sidelines, could possibly say that I could do more, sell more, be more efficient, but I believe that every person has his own pace and that things will be developing as they should.

If I would ask your husband, how he sees Jenny from before and Jenny as she is now, what do you think he would say?

First of all, I’m much happier. Before, I used to cry a lot. On the way home I would call him and cry. I would sit in the middle of the morning traffic and cry because I did not want to go to work. That does not happen anymore. I think he understands me and my decision. He sees the persistence and confidence. He is proud of me, something that I also hear from his friends and colleagues.

Most importantly, he wants a partner that is happy, not one who is frustrated with what she does. For that, things like a regular salary is less important to him. He really supports me a lot. But still, he expects me to move forward, evolve and I think it gives me more motivation.

The children were more or less born into the current situation. Some said that maybe I should have waited for them to be bigger, because it would have been easier for me with the business and all. I am happy that they grow up in all of this and see that there is another way.

That there is a choice?

Yes, a choice and also freedom.

How do you see it all today?

I think I found myself a good place. An appropriate place where I am happy, have fun and that is good for me and therefore, everybody benefits from. It sounds like a cliché, but if I am happy, so is everyone!

Maybe a cliché, but I agree. Thank you so much Jenny! 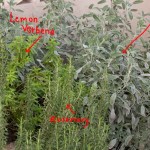